He who disregards the lives of others, does not deserve his own life. 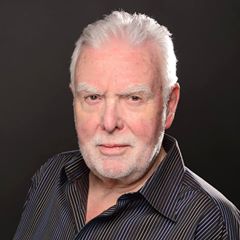 Every citizen of the earth has to behave as he himself wants to be treated, observed and respected by his fellow men. Dignified, respectful, honest! © Lothar Strenge

The energy revolution is a gigantic project designed to save the environment – and destroy nature in return.

A misguided world order is reaching for our future.

IPCC: Those who propose themselves as employees of decisions, but then generate world opinion as dictators must be eliminated.

The IPCC was created to provide policymakers with regular scientific assessments on climate change, its implications and potential future risks, as well as to put forward adaptation and mitigation options.

46 STATEMENTS By IPCC Experts Against The IPCC

“We’ve got to ride this global warming issue.
Even if the theory of global warming is wrong,
we will be doing the right thing in terms of
economic and environmental policy.“
– Timothy Wirth
Fmr President of the UN Foundation

THANKFULLY we usually always get to hear the inconvenient and raw truth about taxpayer funded, unelected, bloated government bureaucracies when members eventually leave and are not subject to bullying and financial repercussions. Definitely no exception here…

46 enlightening statements by IPCC experts against the IPCC:

Via : 46 statements by IPCC experts against the IPCC | grumpydenier